Tourism Promotion During a Pandemic

Over the past decade, tourism promotion in Nova Scotia has made some impressive strategic strides in how we sell ourselves to the world. I’ll be so bold as to say the single most significant shift has been made in the media strategy department. Quite simply, we stopped spending a large chunk of our media dollars on advertising to ourselves — and instead funneling those dollars to well-researched target markets abroad that would bring new dollars into the province. Seems like a bit of no-brainer, but hey, we got there eventually.

Things had been going pretty well. Numbers fluctuate from year to year but generally head north rather than south. Beyond a shift in media strategy, we’ve also made great headway in improving our product, learning about what our potential visitors value about our offerings, and shaping our messaging accordingly. We’ve been what you might call a well-oiled work in progress. But then... 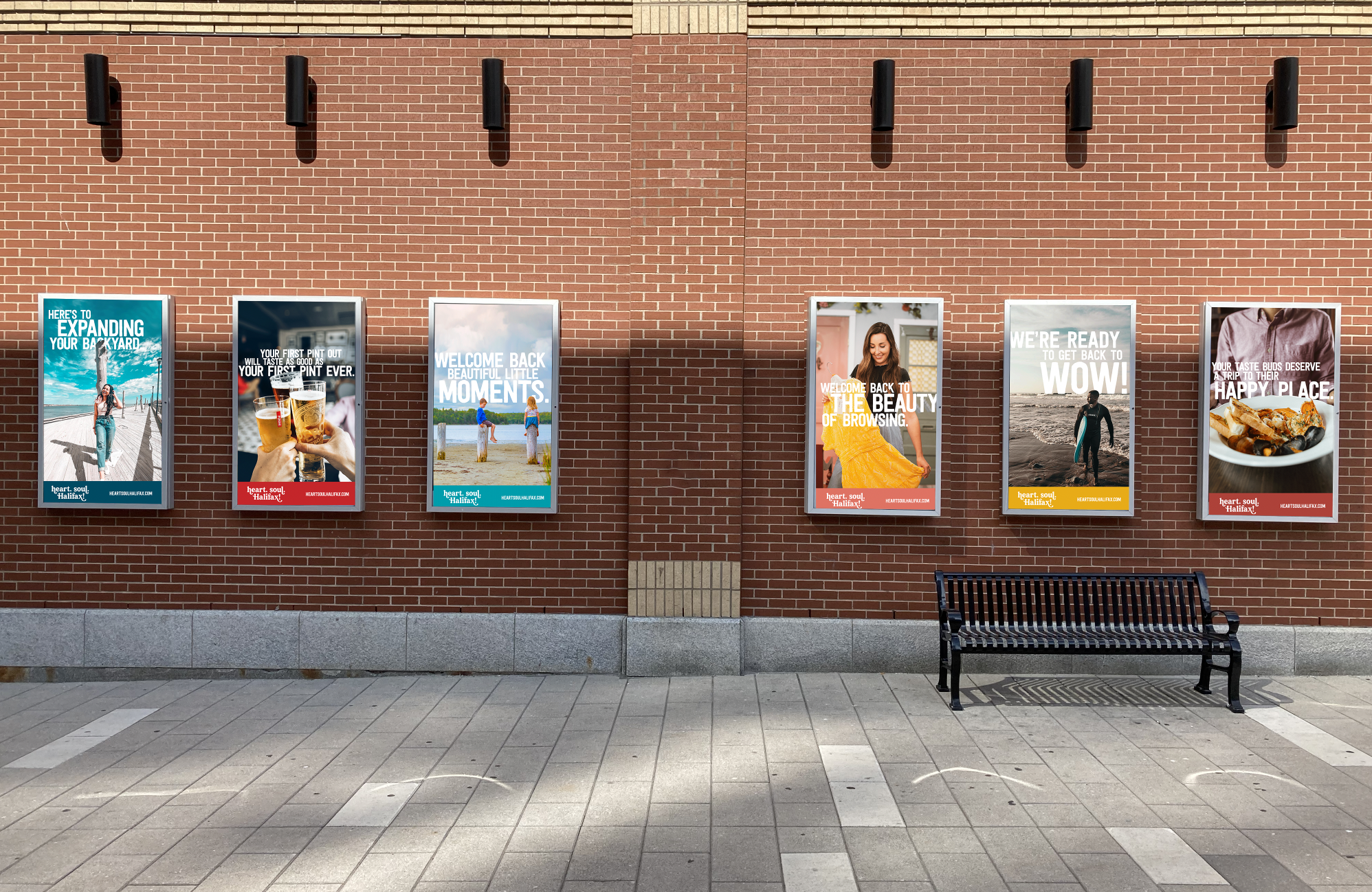 But then a pandemic happened. Insert sound of a stylus being quickly scratched across the surface of an LP here. Everything stopped. Overnight, destination marketers were presented with an entire planet filled with people who were being told to not just stay home, but indeed, stay in their actual house. And to what end? Well, a critical end actually — to keep our COVID curve down so our healthcare system wouldn’t become overwhelmed, and we could eventually progress toward opening our economy again. And you know what? In Nova Scotia and surrounding provinces, with a lot of sacrifice and pain, we all came together and did it. The future is uncertain, but for now, we deserve to celebrate (with caution of course) the progress we’ve made.

Rewind to a little over two months ago. Discover Halifax was aware that things would eventually start to reopen in the city. It wasn't clear how soon, how much, or how it would all look. But they knew they needed to be ready. And not just prepared to react; they needed to be leaders in the charge toward bringing Halifax back to life. We were thrilled to be the agency that got to help them do it. 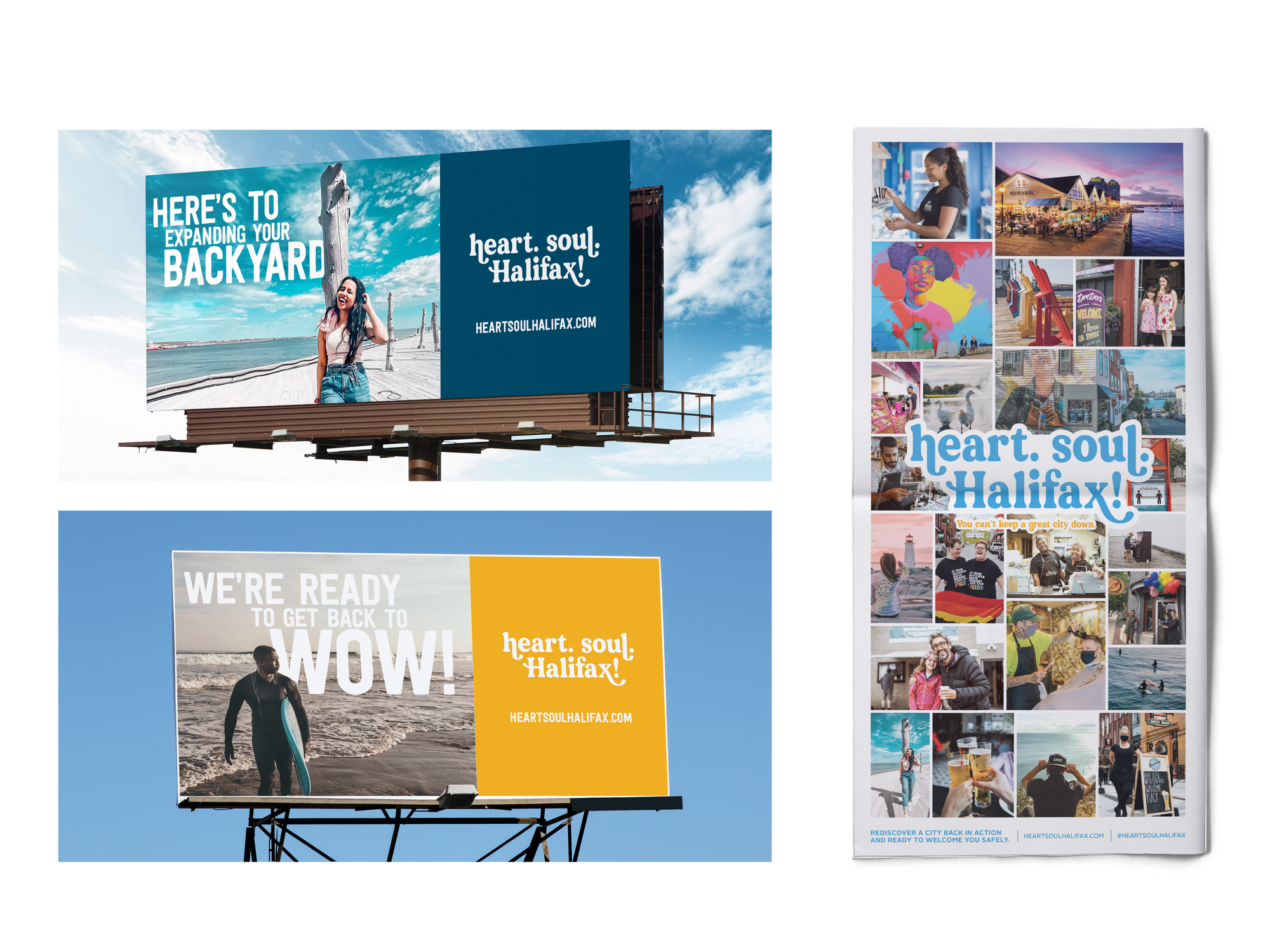 As per the title of this article, they knew they had to start inside and work out. The first stage was to convince HRM residents to get back out an enjoy the city. For many, anxiety about returning to all the things they loved to do was a barrier. People needed to know that the city was/is there and ready to serve them safely. Beyond knowledge, they needed to be inspired. The campaign had to become a rallying cry the whole city could feel part of and truly get behind. One that celebrated the strength inherent in our city — as evidenced in our recent collective response to the pandemic. In a nutshell, we needed to remind the city how amazing we are.

However, it couldn’t just resonate in our city, and it couldn’t just work for right now. That was the tricky part. We knew the pandemic was here for the foreseeable future — so the core message needed to have the flexibility to remain relevant through possible loosening and strengthening of restrictions. Further, it had to go further. As in it had to also resonate with potential visitors from outside the city as restrictions continued to abate within the province, the possible Atlantic bubble became a reality, and eventually national and international travel returned. In effect, it had also to serve Discover Halifax's pre-COVID mandate to bring visitors from away to spend their bucks here. It had to do a lot of things.

In true pandemic marketing form, things moved at an unpredictable pace. The city opened even more quickly than expected, and as of this writing, the Atlantic bubble has just become a reality. Our messaging continues to be tweaked for expanded audiences, as does our media buy.

You've seen the resulting creative peppered throughout this article. I'm a firm believer that, most often, if you have to explain creative too much, it likely doesn't work. I feel that's the case here. It's too young a campaign to comment extensively on results, but early metrics are promising. During the first week of the campaign in late June, there were 22,727 site visits — up 38% over the previous week — with 3,300 of those coming from paid media channels. In the same week, the video has been viewed 35,000 times on YouTube and 12,000 on Facebook. With these positive early numbers, we're excited about the potential the campaign has to answer its very diverse calling.

Ultimately, as a project it reflected many of the approaches that have become necessary from clients and agency partners during COVID:

It’s certainly not an easy or ideal way to work. But it's the way we have to work now and for the foreseeable future. And the rewards of success have never been more important. It’s an exciting time to be in marketing, but also a very testing time. A time when some who find they’re unable to dig in, adapt, and turn their thinking inside-out from time-to-time — may end up being left behind.