Health and the economy - dead heat!

Prioritization of the economy has steadily increased over the last few weeks. For the first time, the economic concerns are equal to health. 50% say their focus is on the economy while the remaining 50% say that it’s the health crisis. Perceptions that it’s time to stimulate the economy are at a high of 76%, up 7% from last week.

When asked about the best way Canadian companies should advertise, roughly one-half say that they should communicate and be sensitive to the crisis. However, this week we have seen an increase (compared to a month ago) in Canadians feeling that companies should just communicate the way they always have, indicating a need to get things back to normal.

Interestingly, one of the biggest movers of the week, as provinces start to re-open and the economy struggles to re-start, is 'working from home'. According to Statistics Canada, an additional 3.3 million Canadians began working from home in April. Now 44% of Canadians say they will be working from home more after things are 'back to normal’, up 11% from mid-April.

Free to ‘not’ go out

Conversely, compared to a month ago, Canadians are much more certain that they will be going out less. This includes a multitude of activities such as: going to restaurants, bars & clubs, attending popular events, air travel, and vacations abroad. They also say they are less likely to take transit and use ride-hailing services.

Sizzle makes it worth it

After a couple of weeks of indifference, when asked how they feel about eating out at restaurants, a significant number have changed their minds (7% up) and a majority of Canadian’s (55%) are at least ready to venture out cautiously.

For four weeks in a row the total number of cases in Canada has decreased. From a high of 12,000 during the week of May 4th to 5,700 during the week of June 2nd. In Nova Scotia, there have only been a handful of new cases in the past week and Dr. Strang, Nova Scotia’s chief medical officer of health, has stopped reporting active cases because the total is “essentially zero”.  As we have said before, we hope the second ‘economic’ pandemic is not self-inflicted. Like everything, there will be a tipping point of activity/business that creates the momentum we need to sustainably recover. Let’s hope it happens sooner than later. 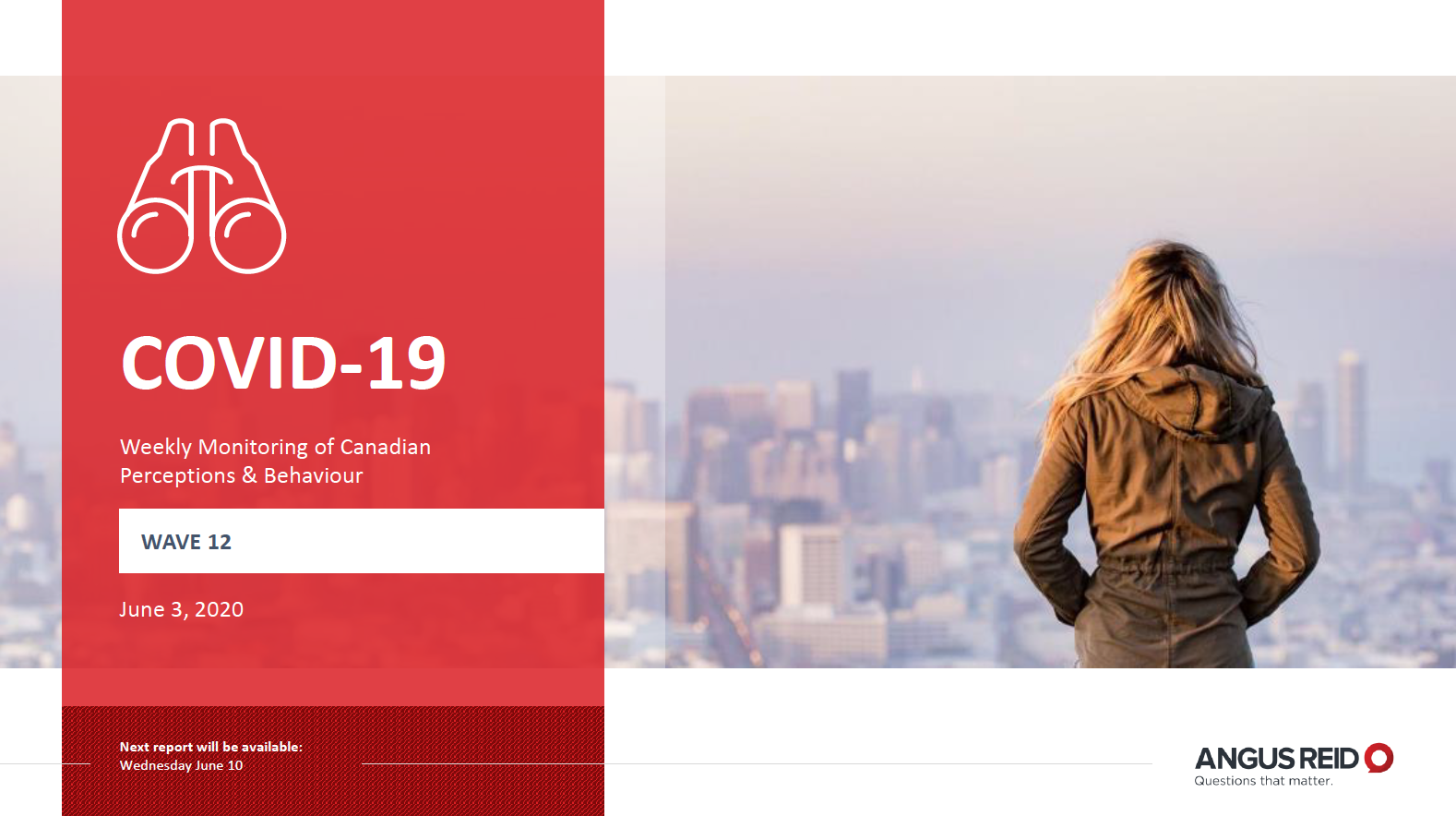